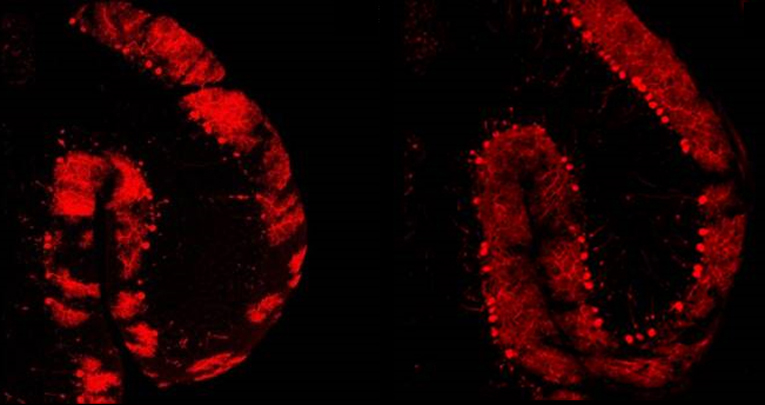 Treatment options for degenerative cerebellar ataxias are currently very limited. A large fraction of such disorders is represented by hereditary cerebellar ataxias, whose familiar transmission facilitates an early diagnosis and may possibly allow to start preventive treatments before the onset of the neurodegeneration and appearance of first symptoms.
In spite of the heterogeneous aetiology, histological alterations of ataxias often include the primary degeneration of the cerebellar cortex caused by Purkinje cells (PCs) loss. Thus, approaches aimed at replacing or preserving PCs could represent promising ways of disease management.

In the present study, we compared the efficacy of two different preventive strategies, namely cell replacement and motor training. We used tambaleante (tbl) mice as a model for progressive ataxia caused by selective loss of PCs and evaluated the effectiveness of the preventive transplantation of healthy PCs into early postnatal tbl cerebella, in terms of PC replacement and functional preservation. On the other hand, we investigated the effects of motor training on PC survival, cerebellar circuitry and their behavioral correlates.

Our results demonstrate that, despite a good survival rate and integration of grafted PCs, the adopted grafting protocol could not alleviate the ataxic symptoms in tbl mice. Conversely, preventive motor training increases PCs survival with a moderate positive impact on the motor phenotype. 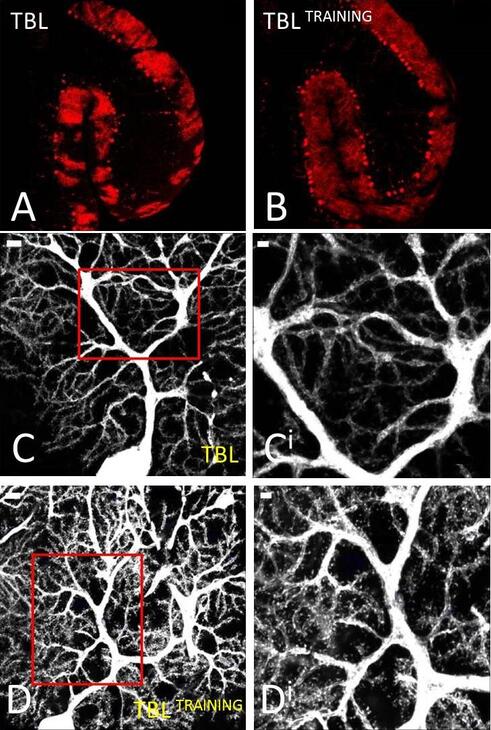 After motor training, a significant increment in the density of dendritic spines can be detectd (D).