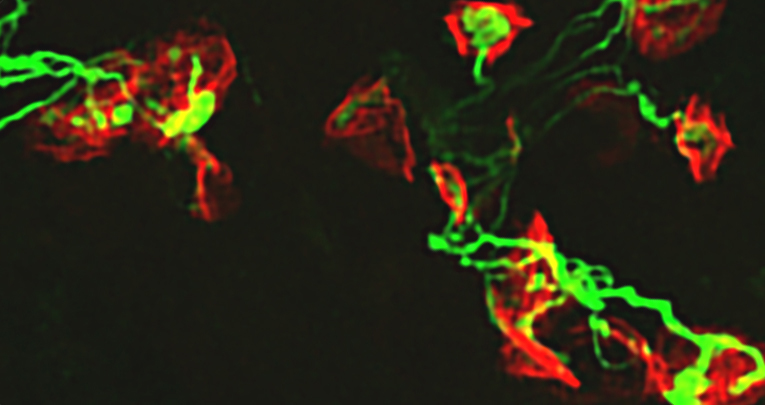 Spinal muscular atrophy (SMA) is a pediatric genetic disease, characterized by motor neuron (MN) death, leading to progressive muscle weakness, respiratory failure, and, in the most severe cases, to death. Abnormalities at the neuromuscular junction (NMJ) have been reported in SMA, including neurofilament (NF) accumulation at presynaptic terminals, immature and smaller than normal endplates, reduced transmitter release, and, finally, muscle denervation. Here we have studied the role of agrin in SMAΔ7 mice, the experimental model of SMAII.

We observed a 50% reduction in agrin expression levels in quadriceps of P10 SMA mice compared to age-matched WT controls. To counteract such condition, we treated SMA mice from birth onwards with therapeutic agrin biological NT-1654, an active splice variant of agrin retaining synaptogenic properties, which is also resistant to proteolytic cleavage by neurotrypsin. Mice were analyzed for behavior, muscle and NMJ histology, and survival.

We conclude that increasing agrin function in SMA has beneficial outcomes on muscle fibers and NMJs as the agrin biological NT-1654 restores the crosstalk between muscle and MNs, delaying muscular atrophy, improving motor performance and extending survival. 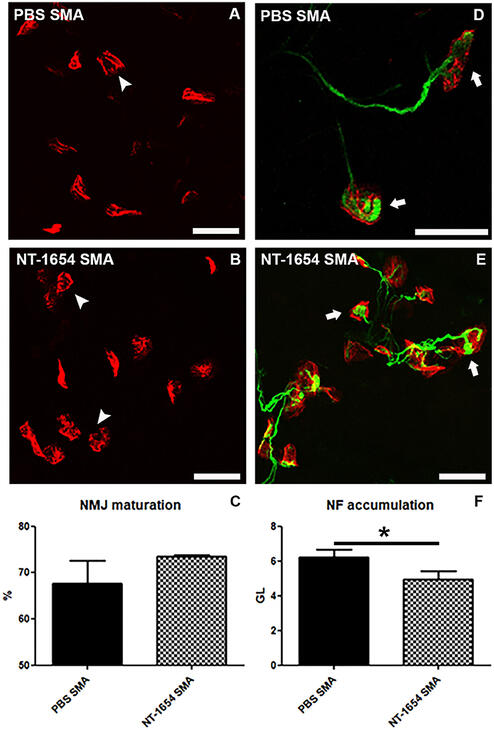