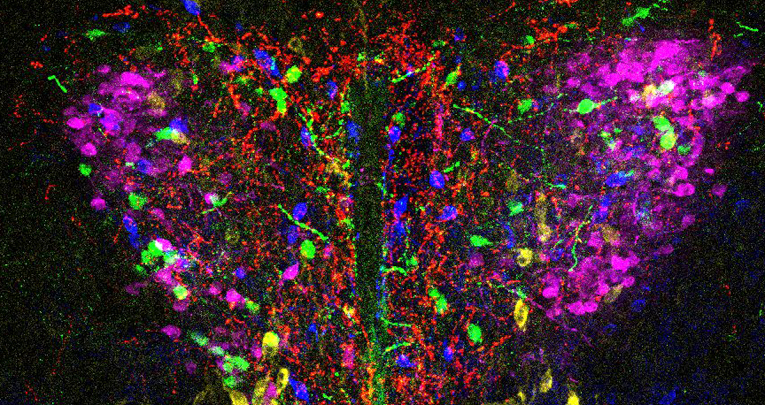 The hypothalamic paraventricular nucleus (PVN) is the major autonomic output area of the hypothalamus and a critical regulatory center for energy homeostasis. The organism's energetic balance is very important for both the regular onset of puberty and regulation of fertility. Several studies have suggested a relationship among neural circuits controlling food intake, energy homeostasis and the kisspeptin peptide.

The kisspeptin system is clustered in two main groups of cell bodies [the anterior ventral periventricular region (AVPV) and the arcuate nucleus (ARC)] projecting mainly to gonadotropin-releasing hormone (GnRH) neurons and to a few other locations, including the PVN. In the present study, we investigated the distribution of the kisspeptin fibers within the PVN of adult CD1 mice. We observed a significant sexual dimorphism for AVPV and ARC, as well as for the PVN innervation.

Kisspeptin fibers showed a different density within the PVN, being denser in the medial part than in the lateral one; moreover, in female, the density changed, according to different phases of the estrous cycle (the highest density being in estrus phase). The presence of a profound effect of estrous cycle on the kisspeptin immunoreactivity in AVPV (with a higher signal in estrus) and ARC, and the strong co-localization between kisspeptin and NkB only in ARC and not in PVN suggested that the majority of the kisspeptin fibers found in the PVN might arise directly from AVPV. 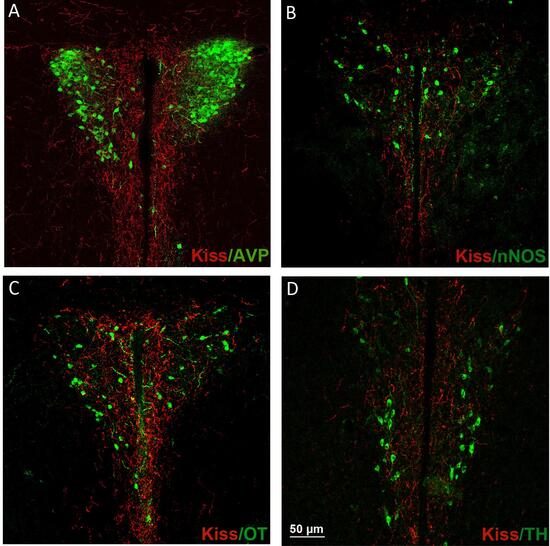