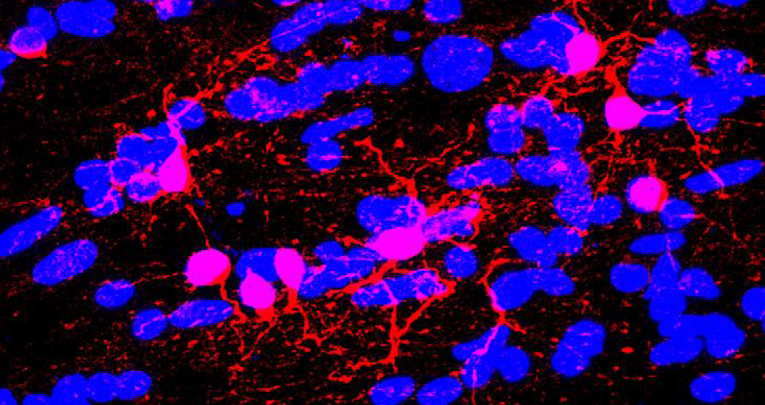 Multiple Sclerosis is a chronic autoimmune disease in which immune system elements invade the central nervous system and target myelin ensheating neuronal axons, compromising the transmission of information among neurons.  Myelin injury is accompanied by the activation of astrocytes and microglia, which physiologically extertneurosupportive functions, but, when activated by the immune system as in Multiple Sclerosis, contribute to neuroinfiammation. In the early stages of the disease, myelin can still be repaired by glial cells present in the nervous tissue, called oligodendrocytes, and this contributes to the remission – unfortunately often only temporary – of symptoms.

Epidemiological studies have shown an association between exposure to air pollution, and in particular to airborne particulate matter – the famous PM– the prevalence of Multiple Sclerosis in some populations and the frequency of hospital access due to the onset or recurrence of Multiple Sclerosis. However, the mechanisms that determine this association are not yet known.

In a study recently published in the Neurochemistry International , the NICO researchers Enrica Boda, Roberta Parolisi, Annalisa Buffo ( Physiopathology of Neural Stem Cells Group ), Francesca Montarolo and Antonio Bertolotto ( Clinical Neurobiology Group ), in collaboration with Prof. Valentina Bollati of the University of Milan and Prof. Andrea Cattaneo of the University of Insubria, have demonstrated that,in an animal model of white matter injury, exposure to PM2.5 hinders the repair of myelin, inhibits the differentiation of oligodendrocytes and promotes the activation of astrocytes and microglia.

This work, which is the result of an annual multicenter pilot project supported by the Italian Multiple Sclerosis Foundation (Project 2019/PR-Multi/003), has shown for the first time that exposure to PM has negative effects on the regenerative capacities of the nervous tissue, and in particular of myelin.

Research is continuing in our laboratories and is now focusing on the identification of the cellular and molecular mechanisms mediating the transfer of "damage" due to the inhalation of PM2.5 from the lungs to the central nervous system. The recognition of modifiable environmental risk factors - such as air pollution - and the mechanisms mediating their actions can provide important information to prevent recurrence of multiple sclerosis by acting on environmental policies, lifestyle and, possibly, design of new prevention tools and therapeutic interventions. 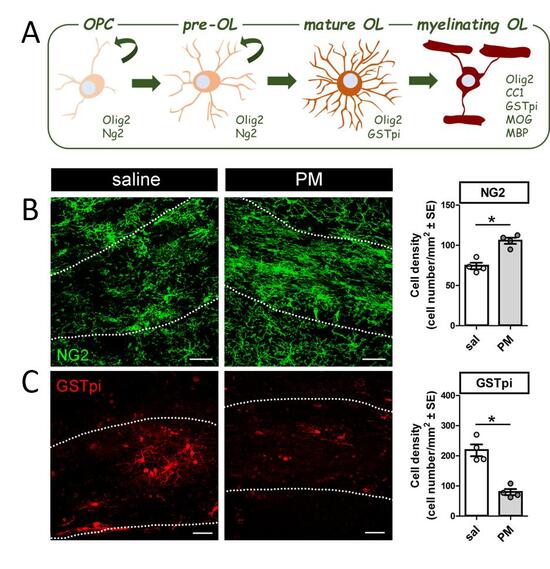