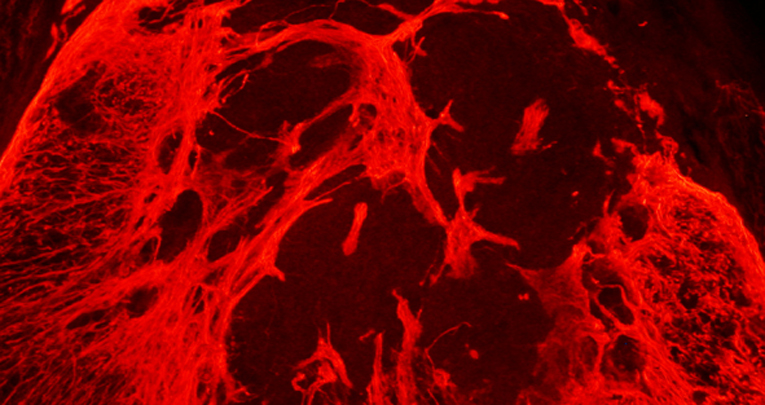 New players are emerging in the game of peripheral and central nervous system injury since their physiopathological mechanisms remain partially elusive. These mechanisms are characterized by several molecules whose activation and/or modification following a trauma is often controlled at transcriptional level.

In this scenario, microRNAs (miRNAs/miRs) have been identified as main actors in coordinating important molecular pathways in nerve or spinal cord injury (SCI). miRNAs are small non-coding RNAs whose functionality at network level is now emerging as a new level of complexity. Indeed they can act as an organized network to provide a precise control of several biological processes.

Here we describe the functional synergy of some miRNAs in case of SCI and peripheral damage. In particular we show how several small RNAs can cooperate in influencing simultaneously the molecular pathways orchestrating axon regeneration, inflammation, apoptosis and remyelination.

We report about the networks for which miRNA-target bindings have been experimentally demonstrated or inferred based on target prediction data: in both cases, the connection between one miRNA and its downstream pathway is derived from a validated observation or is predicted from the literature. Hence, we discuss the importance of miRNAs in some pathological processes focusing on their functional structure as participating in a cooperative and/or convergence network. 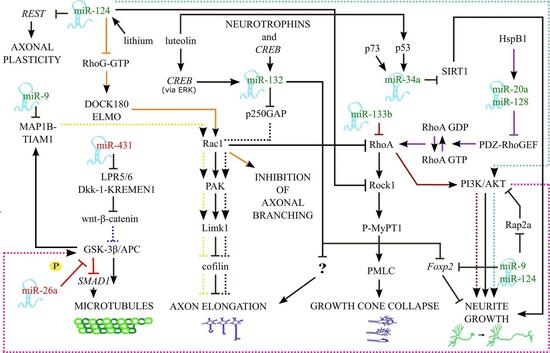