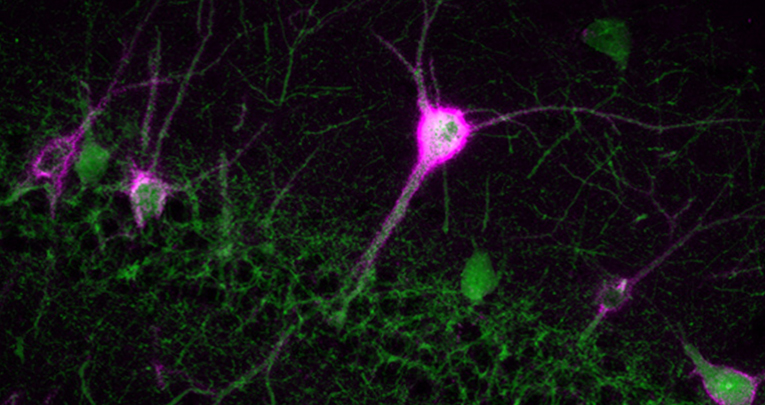 Perineuronal nets (PNNs) are extracellular matrix structures that form around some types of neurons at the end of critical periods, limiting neuronal plasticity. In the adult brain, PNNs play a crucial role in the regulation of learning and cognitive processes.
Neuropeptide Y (NPY) is involved in the regulation of many physiological functions, including learning and memory abilities, via activation of Y1 receptors (Y1Rs).

Here we demonstrated that the conditional depletion of the gene encoding the Y1R for NPY in adult forebrain excitatory neurons (Npy1r rfb  mutant mice), induces a significant slowdown in spatial learning, which is associated with a robust intensification of PNN expression and an increase in the number of c-Fos expressing cells in the cornus ammonis 1 (CA1) of the dorsal hippocampus. Importantly, the enzymatic digestion of PNNs in CA1 normalizes c-Fos activity and completely rescues learning abilities of Npy1r rfb  mice.

These data highlight a previously unknown functional link between NPY-Y1R transmission and PNNs, which may play a role in the control of dorsal hippocampal excitability and related cognitive functions. 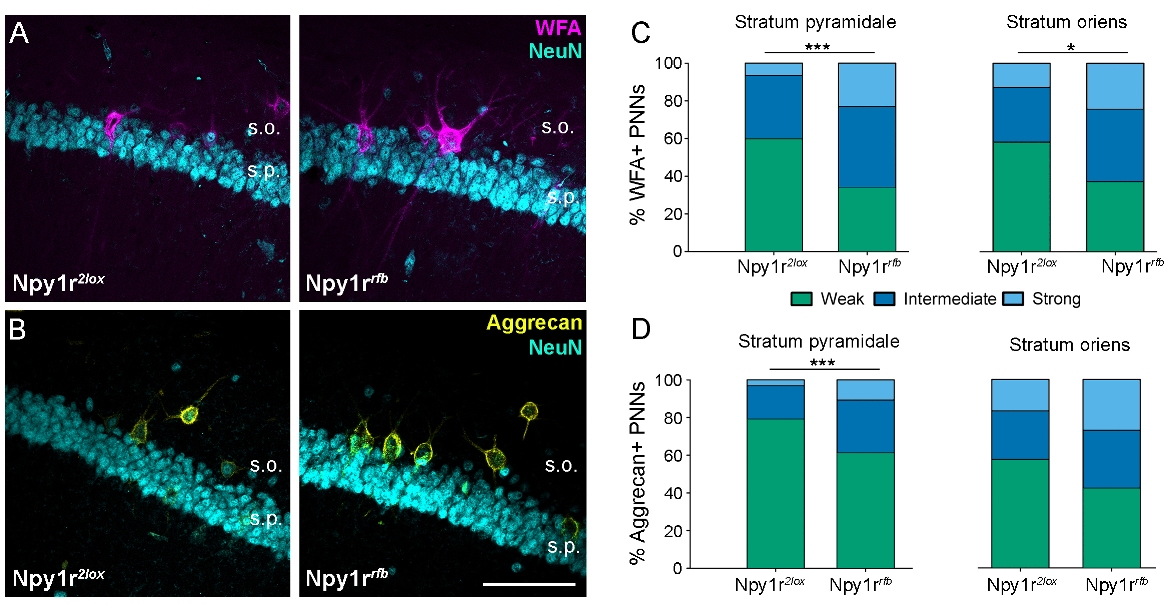