NURR1 deficiency is associated to ADHD-like phenotypes in mice 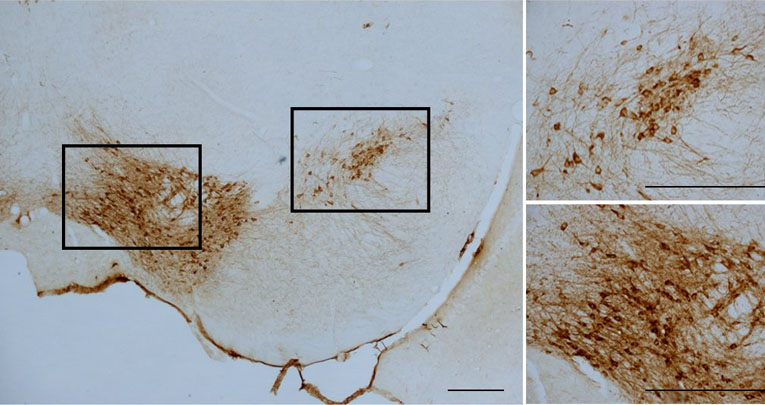 The transcription factor NURR1 regulates the dopamine (DA) signaling pathway and exerts a critical role in the development of midbrain dopaminergic neurons (mDA). NURR1 alterations have been linked to DA-associated brain disorders, such as Parkinson’s disease and schizophrenia. However, the association between NURR1 defects and the attention-deficit hyperactivity disorder (ADHD), a DA-associated brain disease characterized by hyperactivity, impulsivity and inattention, has never been demonstrated.

To date, a comprehensive murine model of ADHD truly reflecting the whole complex human psychiatric disorder still does not exist. NURR1-knockout (NURR1-KO) mice have been reported to exhibit increased spontaneous locomotor activity, but their complete characterization is still lacking. In the present study a wide-ranging test battery was used to perform a comprehensive analysis of the behavioral phenotype of the male NURR1-KO mice.

As a result, their hyperactive phenotype was confirmed, while their impulsive behavior was reported for the first time. On the other hand, no anxiety and alterations in motor coordination, sociability and memory were observed. Also, the number of mDA expressing tyrosine hydroxylase, a rate-limiting enzyme of catecholamines biosynthesis, and DA level in brain were not impaired in NURR1-KO mice.

Finally, hyperactivity has been shown to be recovered by treatment with methylphenidate, the first line psychostimulant drug used for ADHD. Overall, our study suggests that the NURR1 deficient male mouse may be a satisfactory model to study some ADHD behavioral phenotypes and to test the clinical efficacy of potential therapeutic agents. 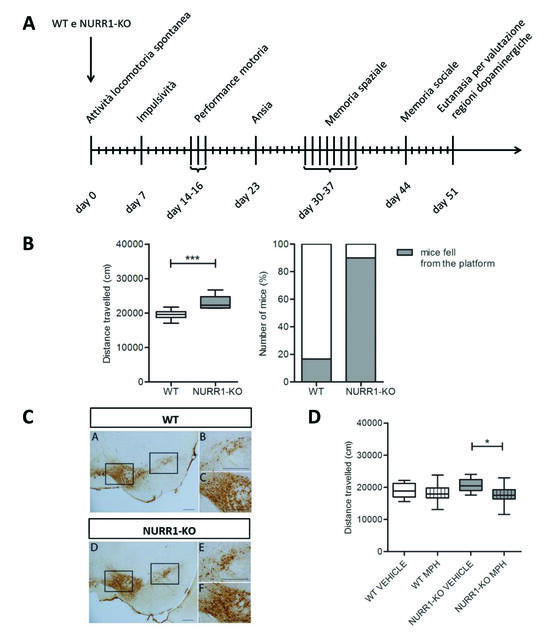 C - Evaluation of the dopaminergic neurons in the Substantia Nigra and Ventral Tegmental area of NURR1-deficient mice and control wild type mice (WT). No differencesemergedbetweengroups.

D - The first line therapy actually in use to treat the human ADHD reverted the hyperactive behavioral phenotypes of NURR1-deficient mice.