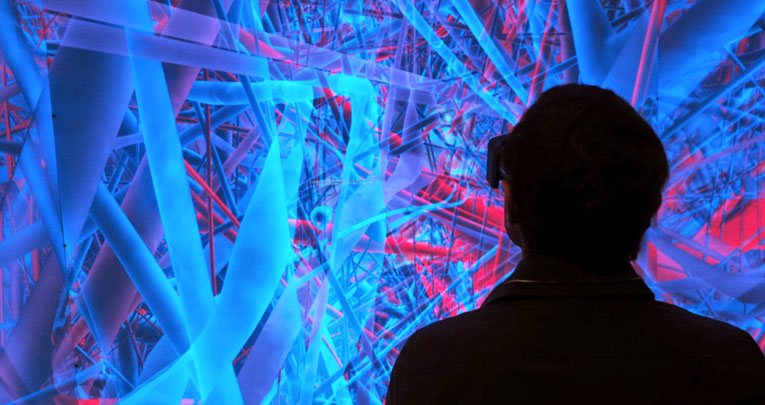 We present a novel virtual reality (VR) based framework for the exploratory analysis of nanoscale 3D reconstructions of cellular structures acquired from rodent brain samples through serial electron microscopy.

The system is specifically targeted on medial axis representations (skeletons) of branched and tubular structures of cellular shapes, and it is designed for providing to domain scientists:

Users creating skeletons using a large screen in 2D (left) or within the VR headset (right).

Neuroscientists currently use the system for performing morphology studies on sparse reconstructions of glial cells and neurons extracted from a sample of the somatosensory cortex of a juvenile rat. The framework runs in a standard PC and has been tested on two different display and interaction setups: PC-tethered stereoscopic head-mounted display (HMD) with 3D controllers and tracking sensors, and a large display wall with a standard gamepad controller. We report on a user study that we carried out for analyzing user performance on different tasks using these two setups. 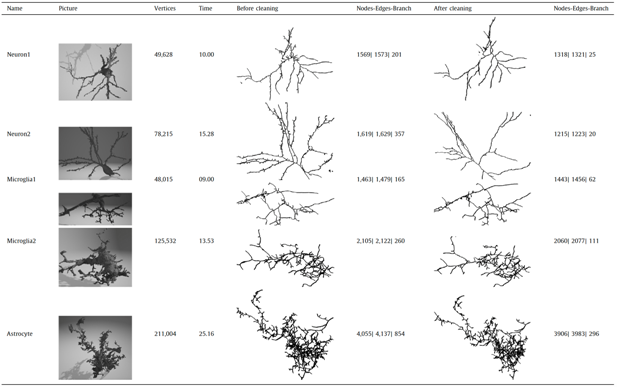 Table showing 5 test-case cells with their skeletons before and after proofreading using the VR headset.