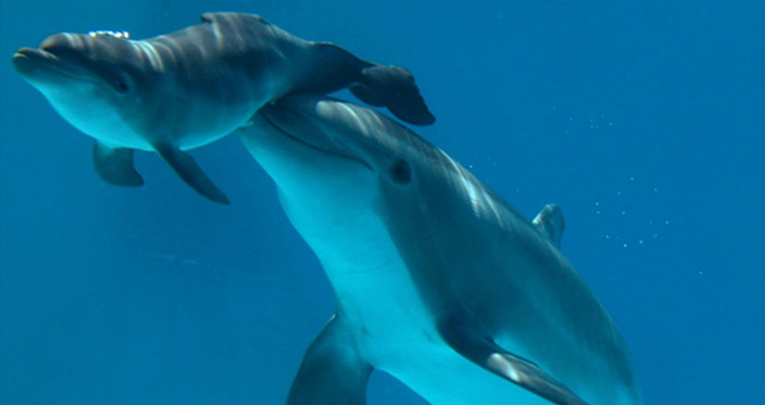 Adult neurogenesis has been implicated in brain plasticity and, possibly, brain repair. In mammals, it is mostly restricted to specific brain regions and, likely, to specific physiological functions. The function and evolutionary history of mammalian adult neurogenesis remain elusive. 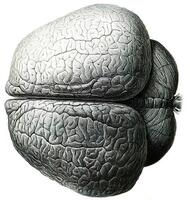 The largest neurogenic site in mammals (subventricular zone, SVZ) generates neurons destined to the olfactory bulb. The SVZ neurogenic activity appears related to the importance of olfaction since it occurs at high rates throughout life in animals strongly dependent on this function for their survival, whereas it dramatically decreases in humans, who do not depend so much on it.

Here, the question was asked whether the SVZ neurogenic site does exist in mammals devoid of olfaction and olfactory brain structures, such as dolphins. We show that a small SVZ-like region persists in these aquatic mammals, yet having lost its neurogenic activity since neonatal stages. Instead, some SVZ cells already show features of mature neurons.

Since cetaceans evolved from terrestrial ancestors, non-neurogenic SVZ indicates extinction of adult neurogenesis in the absence of olfactory function, with retention of an anatomical region either vestigial or of still unknown role. 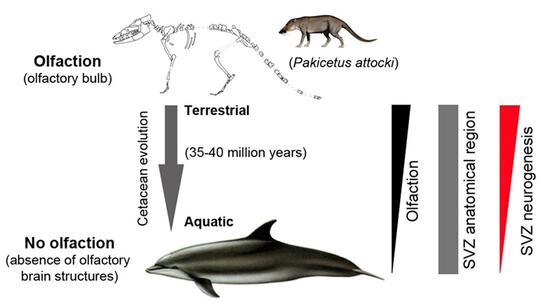