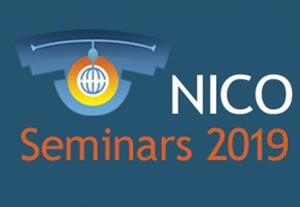 The amyloid cascade hypothesis has played the prominent role in understanding the etiology and pathogenesis of Alzheimer's disease (AD). It proposes that the deposition of β-amyloid (Aβ)
is the initial pathological event leading to the formation of AD typical lesions, neurodegeneration, and ultimately dementia.Aβ is produced by the stepwise processing of APP by β- and γ-secretases.

Mutations responsible for inherited forms of AD (FAD) are located in the APP and Presenilin genes (PS1 or PS2), the latter being the catalytic subunits of the γ-secretase.
The molecular mechanisms regulating the shift from physiological to pathological processing of APP need to be fully elucidated. For instance, dimerization of APP was reported to control its processing and function. In our recent studies, we aimed at investigating how structural determinants regulate the formation of APP transmembrane dimersthat control its cleavage by γ-secretase, and their impact on APP function. We found that motifs in the juxtamembrane region of APP, where FAD mutation are located, allows specific oriention of APP dimer that control its intracellular signaling. Moreover, these motifs are critical for the formations of Aβ oligomers that display pathological properties.

In summary, our works on APP biology, in association with recent structural studies on protein folding observed in the disease, provide a comprehensive model to understand how specific protein motifs regulate two critical aspect of AD pathogeny: the formation of Aβ oligomers and APP-dependent intracellular signalization.